The International Army Games is like the Olympics for military drills and this year’s competition kicked off in Russia on Saturday with over 3,000 military personnel from 20 countries participating.

It is an annual event which tests the mettle of the military of various countries against battlefield situations that officials may encounter in real life operations. Russia had reportedly invited 47 countries including African and NATO countries.

Russian Defense Minister General Sergei Shoigu inaugurated the event for this year which started with a tank biathlon competition and will continue until August 13. Each contest is conduct at different locations 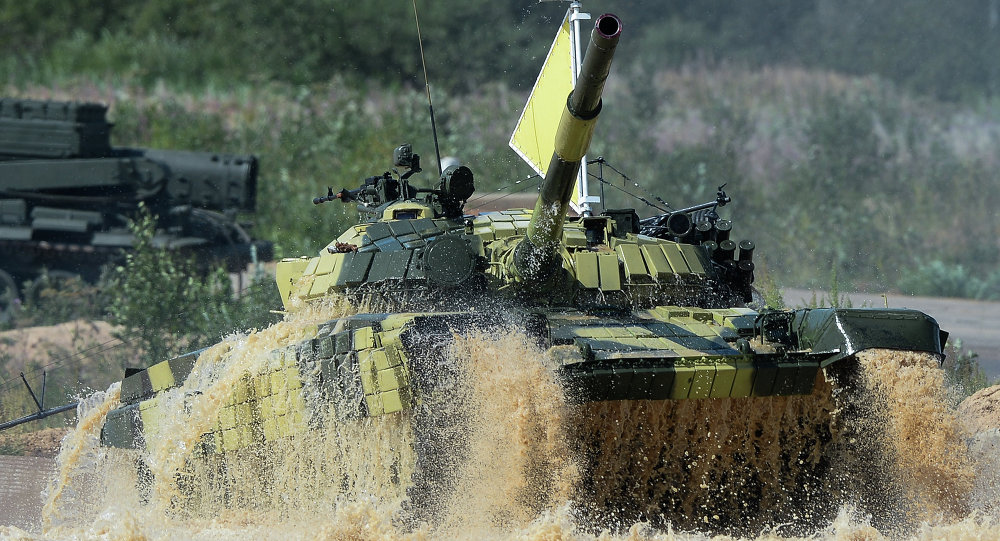 This year’s International Army Games is taking place in two countries — Russia and Kazakhstan — and includes 23 events in the field, air and marine training. According to Russian defence ministry, the competition will feature 121 teams from Russia and 19 other countries across the European, Asian, African and Latin American continents. They also report that “The Chinese military will participate in 22 competitions, and the teams from Kazakhstan — in 21. The Russian team will participate in all the 23 competitions.”

In addition to the countries that are being represented, 11 other countries have sent over representatives to simply observe the competitions that are expected to test the combat readiness of tanks, fighter jets, snipers and many other disciplines.

Out of the 23 competitions slotted for participation, 17 contests are for the Army, two for the Navy and three for the Air Force. Five African countries; Angola, Egypt, Zimbabwe, South Africa and Morocco, are taking part in the International Army Games. Algeria and Namibia sent representatives to observe the games. Egypt which is the only African country participating in the most number of competitions, six to be precise, will engage in;

Angola is participating in five of the competitions, Zimbabwe in four, South Africa and Morocco in one each.

Contests at the International Army Games

There are a total 22 contests of the International Army Games 2016 to test the military prowess of the countries invited. Check out the various competitions carried out at the annual military event and find out how tough you think your country really is.

1. Tank Biathlon: involves a team of 20 persons in the tank crews and conducted at the Alabino training area, Moscow Region, with a total of 17 countries including Angola and Zimbabwe.

2. Suvorov Attack: Is a competition among IFV crews and also operated by a maximum of 20 persons at the same location as the Tank Biathlon. It involves 5 countries; Russia, Kazakhstan, China, Iran and Venezuela.

3. Sniper Frontier: Is the competition among snipers with the participation of 12 countries including Zimbabwe, at Gvardeisky training area, Otar, Republic of Kazakhstan. The team is made of 10 persons.

4. Safe Route: this is the contest among the engineering unit, competed by just 4 countries; Russia, China, Belarus and Kazakhstan, at Volzhskiy training area, Volgograd Region.

5. Gunsmith Master: a competition among maintenance platoons conducted at Penza with 3 countries in participation; Russia, China and Kazakhstan in a team of 32 persons.

6. Clear Sky: a contest among the AD unit; location, Yeysk, Krasnodar Krai with 8 countries in participation including Angola and Egypt. The team of made of a maximum of 30 persons.

7. Keys to the Sky: is a competition among AD missile unit, conducted at Ashuluk training area, Astrakhan Region with a team of 17 persons from 4 countries including Russia, China, Belarus and Kazakhstan.

8. Army Scout Master: the contest is among reconnaissance units in Novosibirsk area with 6 countries in participation including Zimbabwe and operated by a team of 21 persons, max.

11. Maintenance Battalion: the competition among maintenance unit is conducted Omsk with 3 countries in participation and teams of 28 persons.

12. Open Water: conducted at Murom, Vladimir region, the open water is the competition among pontoon bridge crews made of teams of up to 95 persons from 3 countries that participated – Russia, Serbia and China.

14. True Friend: a contest among dog handlers with teams of ten persons from 5 countries in participation.

15. Military Medical Relay Race: the contest among medical unit was conducted at Saint Petersburg; teams of 11 persons from 4 countries including Zimbabwe, Russia, China and Kazakhstan.

16. Field Kitchen: the competition among food service specialists. Teams (5 persons) from 6 countries including Zimbabwe and Egypt participated in the contest.

17. Masters of Armored Vehicles: this contest is among the armored vehicle crews from 5 countries including Egypt, at Ostrogozhsk training area, Voronezh Region. It involves teams of 15 members.

18. Sea Born Assualt: it is a competition among the Marine unit conducted at Khmelevka training area, Baltiysk, Kaliningrad Region. Teams (45 persons) from 5 countries partook in the contest.

19. Sea Cup: the contest among warship crews was conducted at Novorossiysk, Black Sea Makhachkala, Caspian Sea with teams countries in participation. A team of 195 persons at Black sea and team of 65 persons at Caspian sea.

20. Aviadarts: the competition is carried out by flight crews with teams (103 persons) from 4 countries including Russian, Belarus, China and Kazakhstan conducted at Dubrovichy range,
Ryazan Region.

22. Depth: the competition among divers was conducted at Sevastopol, Republic of Crimea with only three countries to participate, Russia, Venezuela and Iran.