Here is The List of 10 Most Popular African Musical Instruments 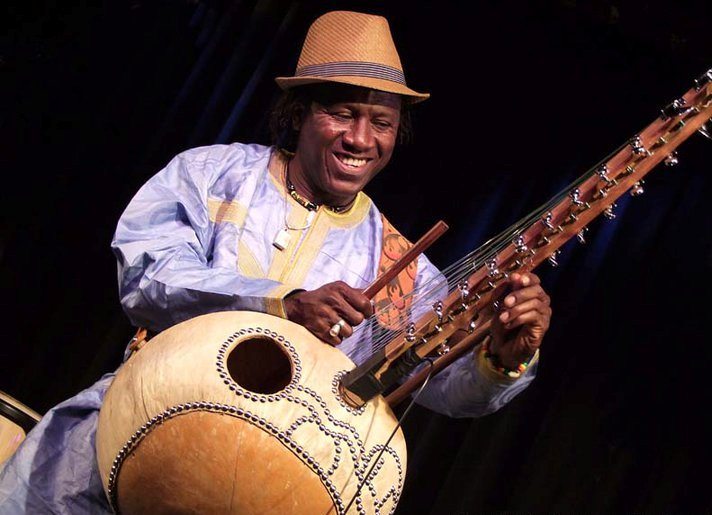 The Kora probably stands out as one of the most famous stringed instruments. It may also come in terms such as “Jali”. The design of the instruments is almost similar to that of a guitar. It features 21 strings placed on a gourd covered with the skin/hide of an animal. It is popular in Senegal, Ivory Coast, Gambia, Burkina Faso, Benin and Mali. Also referred to as a thumb piano, the Kalimba consists of strips placed on a resonator. The strips come in varied lengths. A sound is produced by plucking the ends of the flexible strips. The original Kalimba was made from bamboo strips. However, modern instruments come with metal strips. The resonator is made from wood. It is popularly found in west and central Africa. The talking drum is probably the most known drum from Africa. It is mostly found in West Africa in countries such as Nigeria, Mali, Ghana, Togo and Benin. It is an hour-shaped drum that is usually placed under the arm. To vary the pitch or sound, the player presses or squeezes the narrow edge. The Balafon resembles the xylophone or African Marimba. It is a percussion instrument normally found in Ivory Coast, Ghana, Mali, and Burkina Faso. It is made from wooden planks that are loosely bound by a string and placed over large gourds. Sound is produced by hitting it with miniature clubs/ mallets.

The Shekere is one of the most famous shakers in Africa. The instrument consists of closely woven beads that form a net. The net is placed around a gourd. Sound is produced by either shaking it or slamming it against the hands. The Shekere is mainly found in West Africa in countries such as Nigeria, Senegal, Ivory Coast, Togo, Ghana and many others. The Djembe or jembe is a type of drum found in Central and West Africa. It consists of animal skin or hide stretched over a curved piece of wood. A hole is curved out in the upper region of the wood where the skin is stretched out. The top surface is usually wider than the bottom surface. The Udu is a type of drum that has its roots in Nigeria. It resembles the vessels or jars used to draw water from the river. Unlike most percussion instruments, it is made from clay instead of wood. The sound or pitch is influenced by the hollow, size, and also the style of playing. The Marimba is a type of African Xylophone. It is made by placing small planks of wooden planks on a wooden box (resonator). The different-sized planks are secured loosely using a piece of chord/string. Sound is produced by hammering the planks using sticks or mallets. It can be found in East and Central Africa in regions such as Kenya, Zambia, Zimbabwe, and Central African Republic. The Mbira is a thumb piano that resembles the Kalimba. It is made up of two rows of metal strips that come in staggered dimensions. They are placed on a wooden resonator (sound box). It is most common in East and Southern Africa. The countries include Namibia, Zambia, Swaziland, Zimbabwe, and Tanzania. The Algaita is a popular wind instrument found in West Africa. It is closely related to yet another popular wind instrument known as “Oboe”. Unlike the “Oboe”, the Algaita comes with a wider opening at the base as well as open finger holes. It is made from reeds. It will feature in many ceremonies and festivities in Ghana, Senegal, Nigeria, Togo, Benin and other regions. From the above list of 10 most popular African musical instruments, it is evident that they share lots of similarities. This is credited to the migration that took/takes place in Africa. Besides music, the instruments serve other purposes. These include ornamental, status symbol, as well as encouraging people to work.