Blackjack: History, Rules and Everything Else You Should Know 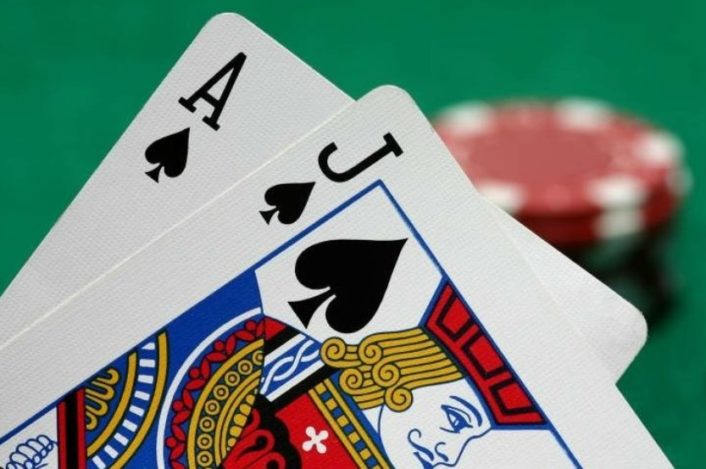 Also referred to as 21 due to twenty one being the highest point value, blackjack is one of the most popular casino games in the world. It is basically a game of comparing cards between the dealer and the players and instead of the gamers competing against themselves, they compete with the dealer. The main objective is to try and get to as close as possible to 21 points without surpassing 21 and it can be played in more than one deck of fifty two cards.

It is very popular because it is easy to play and most people including amateurs consider it a big “hit.” Another advantage of the game is that it gives the players a chance to adjust their risk at any time during the game when the situation is favoring them. The game hence gives players various money minting opportunities along with an entertaining gaming experience.

The exact origin and history of Blackjack game is largely unknown. Researchers are yet to agree over the origin of the game, nonetheless, most people agree that it started in France during the 17th century. It was referred to as “Vingt-et-Un” there which means 21 in French. Most researchers also agree that Blackjack was deduced from two French card games, French Ferme and Chemin de Fer which were very popular at that time.

There is also another type of Blackjack (one and thirty) that was very popular in Spain. The main goal of this version was to score 31 points with more than 3 cards. Some people also believe Romans initiated blackjack because of their widely known passion for gambling. However, there has not really been a confirmation that it was started by the Romans.

The game became very famous in Nevada in the early 1930’s after gambling was legalized in the state. It was still known as twenty one at that time. For the dealers to enhance its popularity casinos deduced a special type of bet where either Jack of Clubs or Jack of Spade and the Ace of Spades would pay players ten to one odds on their bets. Most casinos discontinued the special bet after sometime but the term blackjack still stuck with the game and that is why today most people still refer to the card game is blackjack.

Technology has also transformed the game. There are systems in most casinos today that detect cheating in the game using statistical analysis and smart video cameras. The system usually identifies any anomalies in the game and develops comprehensive profiles of the different players.

Online Casinos on the other hand have made the game easily available to gamers. Most casinos today offer both video feed and live variations of blackjack, making it a bit easy for players to locate a table that suits their gaming needs. Most live dealers also provide different betting methods, gaming strategies and other important information about the game.

In addition, with a wide array of blackjack tables to choose from just a click away, novices can easily practice on a low or free limit while accomplished players can enjoy personal interaction with live dealers.

Every player places his or her bet before the game starts and then the dealer deals cards face down until 2 cards to every gamer are dealt. The dealer is also included in every round showing one card up and another one down. And based on the card that the dealer has exposed players determine whether or not they want to keep their dealt cards or want another one to enhance their hand’s value. This is usually done depending with the cards of the other players and the amount a player needs to beat the dealer. If your two cards are combination of a 10 and an ace or any other face card either queen, king or jack you win the hand automatically. Nonetheless the other players on the table will continue to play. If a player decides to draw and surpasses twenty one, he or she loses the round and his or her cards are collected immediately. If any player attains 21 wins or the dealer attains 21 the players push and keep their bets. Actually balancing between getting 21 and not surpassing it is the main strategy of the game. However, some people have also developed the idea of counting cards.

Other Important things to know about Blackjack

The pack: A standard 52-card pack is used in most casinos

Betting: Players must place their bets in chips before the game starts

The cut and shuffle: The dealer must shuffle the pack until all the cards are combined and mixed.

Naturals: If your first 2 cards are a ten or an ace giving you a count of 21, this is known as a blackjack or a natural.

Blackjack has evolved over the years and still continues to grow and evolve till date. In addition the growth of the internet has also enhanced its fame as online casinos have given rise to various versions of the game that have completely revolutionized it. There are also some very popular movies and books about the card game. All these features plus many others give it an everlasting appeal.