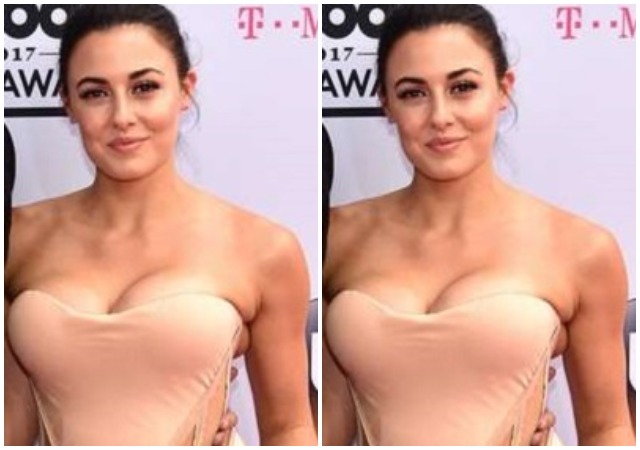 Hannah Lee Fowler, a gorgeous American nurse, is popular for being married to Sam Hunt, a famous country music artist and Grammy Award-nominee. Sam Hunt’s many success stories would not be complete without the mention of his wife who has contributed immensely to his career.

While it is certain that being married to a celebrity is not easy, Hannah handles it with grace and poise. Also a fitness enthusiast, Lee Fowler became an overnight celebrity because of her marriage to Sam. Even though she has largely maintained a normal life that’s not typical of spouses of popular figures, her life before and after meeting Sam who abandoned his football dreams to pursue a music career has continued to interest many.

Hannah Lee Fowler was born and raised in a conservative Christian home. She was born to Linda Fowler and Pastor Scott Fowler, a minister of the gospel. Hannah’s non-controversial and quiet lifestyle could not have been emulated from anywhere else if not from her parents.

She has six siblings with whom she was raised; they are Joshua, Rebekah, Sarah, Jonathan, Elizabeth, and Daniel. One interesting fact about Hannah’s family is that they are a close-knit family.

Even though Hannah does not frequent social media sites, a sibling of hers took to one of the platforms to wish her a happy birthday and made known some interesting facts about the celebrity wife.

Hannah Lee Fowler is a well-reserved personality that was never in the limelight until she married her celebrity husband. Information about the wife of the country singer is very hard to come by; top of the list of the unknown facts about her is her age. Nonetheless, we have been able to deduce that she was born on the 27th of October in Montevallo, Alabama, but the year she was born and the details of her childhood are not known.

Sam Hunt’s Wife Makes a Living as a Nurse

It may be easy for one to conclude that Hannah Lee Fowler is only popular because of her marriage to Sam Hunt but it would be outrageous to suggest she’s nothing without him. Hannah is well-read and beyond being the wife of a famous musician, she has led a career path as a nurse.

From what we gathered, she attended Evangel Christian School. Lee Fowler was also homeschooled before she enrolled in college where she studied nursing, graduating in the year 2006.

The information about Hannah being a nurse was not revealed by her; it was her sister named Rebekah who wished her a happy birthday and disclosed that Hannah spends a great deal of time in the hospital saving lives as a nurse while indulging in sweets and carbs or working out in her leisure time. The information formed the basis of the notion that Hannah is a nurse and a fitness enthusiast.

Hannah’s discreet lifestyle has made it difficult to get the details of her place of work, salary, and net worth. However, she reportedly lives a life of luxury with her superstar husband who is worth $3 million.

Sam is quite the opposite of his wife when it comes to being in the public eyes. The love story of Sam Hunt and his heartthrob, Hannah Lee Fowler, became the lyrics of many of his songs. They started dating in 2008 but along the line, it became an on-and-off affair until they eventually tied the knot.

Sam’s love for his woman has been largely reflected in his lyrics and songs. He even named his debut album Montevallo (2014) after Hannah’s hometown while the single titled Drinkin’ Too Much, a track where Sam tendered unreserved apologies to Hannah, was presumably written during their off-periods as a couple.

They decided to try harder at some point and after their relationship became stable, they got engaged in 2016 while vacationing in Israel. The pair wedded on April 15, 2017, at the musician’s hometown Methodist Church in Cedartown, Georgia. The event was witnessed by at least 150 guests comprising of family and close friends.

The musician would later disclose that it was a perfect wedding for him as his bride was happy and it was all that mattered to him. Stressing that it was a really great moment in their lives, he offered that he and Hannah got to spend time with family members and people they haven’t seen for a while. Just after they exchanged vows to spend the rest of their lives together as life partners, the couple left for Hawaii for their honeymoon.

She Plays a Key Role in Her Husband’s Career

Sam Hunt is an American songwriter and musician who has carved out a niche for himself in the country music genre. Born on the 8th of December 1984, he first considered taking up a career in football after his graduation from the University of Alabama, Birmingham. But as fate would have it, his NFL dreams failed to materialize so he turned to music. He has become a force to reckon with in the music industry and has altogether released two studio albums, three EPs, one mixtape, nine singles, and ten music videos. He has been nominated for several awards and has won multiple of them.

There is no doubt that he is a talented musician but Sam would agree that his wife has helped his career a great deal. The theme of his songs has been praised for its regard for women and he has ascribed a good measure of that attribute to his wife. According to the musician, he often picks Hannah’s brain when penning his lyrics and her perspective has made it easy for him to connect with the female audience.

Although he was raised to respect women, Sam Hunt proclaimed that his relationship with Lee Fowler has helped him gain insight into females. A lot of the insight comes to play when he writes his songs which are largely relationship-based.