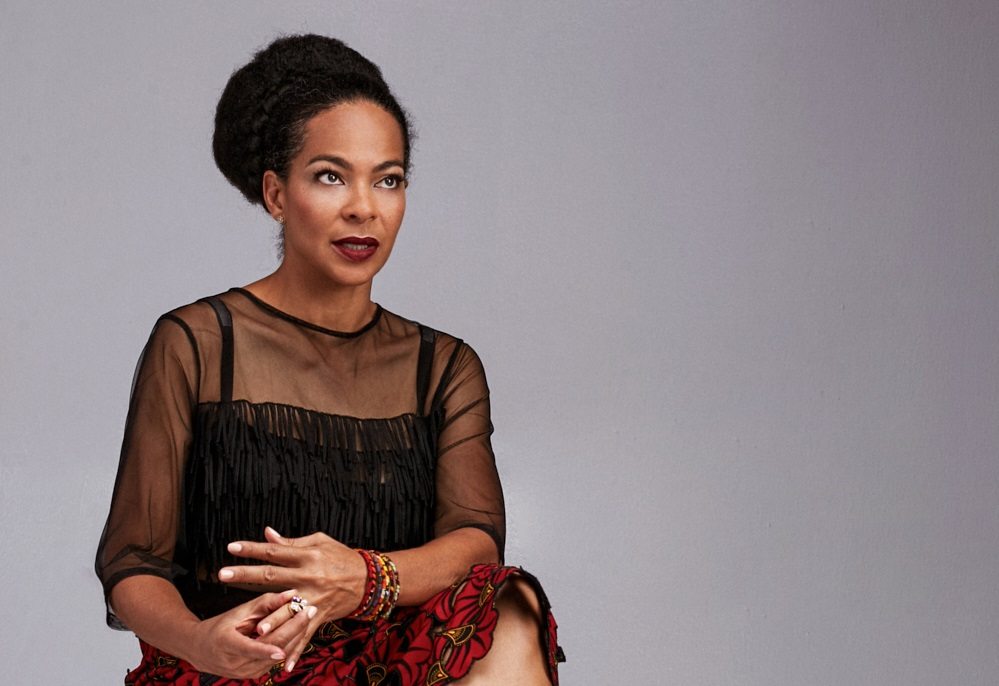 As the wave of social change hits every corner of the world, Nigeria’s Ifeoma Fafunwa steps right into it with the core aim of improving the society and specifically empowering women.

Fafunwa is the Creative Director and Chief Executive Officer of iOpenEye Limited which preaches change for the betterment of the society through performing arts. She is a fellow of the Aspen Institute.

Like most artists in the field of storytelling, the beautiful and brilliant personality wanted to give depth and purpose to her crafts.

Ifeoma Fafunwa was born and raised in Lagos. She fled with her family to Accra during the Nigerian-Biafra civil war.

She attended Holy Child College, Yaba Lagos where she won an international competition that took her out of the Nigerian shores.

During the course of her education, she describes everyday learning as boring. In her words, it was not creative enough. She re-echoes the concerns of Chimamanda Adichie in her calls for the errors of the single story and assuming Africa is all mud houses, jungles and monkeys.

Fafunwa went on to study Architecture in America. Side by side to that she was taking acting classes. While practising acting in Los Angeles, she sensed the passion to tell a unique kind of story. This time it would not be the same old narrative from the western point of view but a true representation of where she comes from. That passion led her into writing stories inspired by her Nigerian culture which gained likes and commendation from people.

While juggling architecture and acting, she also tried out her hands on graphic designs and fashion as well.

Returning to Nigeria, Fafunwa put her architectural expertise to good use. At the time, Lekki, Lagos was developing and she was one of the go-to top experts contracted for various constructions.

She met with Nollywood’s renowned actress, Joke Silva who challenged her to do what would be her very first play. From there, her journey into Nigeria’s performing arts gained weight.

As a fellow of the Aspen Institute, there is a charge to lead a project that will positively affect the community.

Fafunwa who is a keen observer of the Nigerian business and political trajectory chose to influence social change through the performing arts instead of sitting still and complaining about what was wrong with the society. HEAR WORD!– a theatrical production designed for women’s empowerment then came to life.

The Hear Word theatrical performances was born from her observation and understanding of women and their place in the society as she came back.

More than the somewhat gender inequality most people would choose to champion, she narrowed down the problem to the lack of positive attitude and drive for greatness from the part of women.

Hear Word shook Lagos theatres and appealed to many both within and outside the country. For her, the feedback from women was all the satisfaction she wanted.

The play was presented in multiple stages and open spaces across Lagos.

Fafunwa draws her inspiration from the ever-buzzing and lucrative city of Lagos. According to her the vibrancy there is enough source for her creative art contents. Addressing the lack of patriotism in Nigeria, Ifeoma Fafunwa sees the need for every Nigerian to be concerned about the future of the nation which gives them their identity.

She likened the corruption in Nigeria to the Capitalism in America. She describes them as uncontrollable beasts ravaging the system and conditioning everyone to its dictates.

In her latest interview with HERstory Inc. Ifeoma Fafunwa expressed her joy that women are gradually waking up to the call to make a change in their environment.

While she notes that there are lesser women in decision-making platforms in the country, she is delighted that more women are championing the course of business in the present time. A journey of a thousand miles is said to begin with jus a step and women have taken that first step with several other steps following it.

She still champions the cause of women to this day and in recent times had a play shown in Harvard University, Hear Word: Naija Woman Talk True on  February 9, 2018. For about 100 minutes, the audience watched with rapt attention, occasionally clapping and gave a standing ovation when the play came to an end.