Here’s Everything You Should Know About Noah Brown’s Background, Wife and Career Progression

Injuries are inevitable in sports, especially the game of American football. Noah Brown has recorded two massive injuries that should have kept him off the field but he still played on! The wide receiver always saw the light at the end of the tunnel, kept at his game, and has put in impressive performances on the field.

Despite being a super-private dude, tidbits of information about the player keep filtering out. For one, we know he comes from a sports background with his dad’s records in basketball and his big brother who played football. However, there is still a whole lot to learn about Noah Brown.

Here Is What We Know About His Family

Even though he likes to keep his private affairs under wrap, we know that Noah Brown was born into a family of sportsmen. He has his date of birth recorded as the 6th of January 1996 and was born in Flanders New Jersey. Though his dad’s name has never been mentioned, it is on record that he was a basketball player for Seton Hall during the 1990s. The senior Brown averaged 8.5 points per game during his career while shooting 37 percent from behind the arc.

The other footballer in the family is Noah’s big brother Kenny who played at Gardner-Webb, a D-I school in North Carolina. On his own part, Noah was skilled in both sports but decided to toe the path of football. The footballer’s mum has been identified as Allison. Noah believes in his dad whom he credits for showing him how to work hard.

Is Noah Brown Married Or Dating?

Noah Brown is married, he got married to a lady named Rhain on June 15, 2018, according to reports by People. Are you imagining how you missed the gist? Well, we just decided to pull the legs of ‘Mrs Brown wannabes’. Before you lose it, the aforementioned Noah Brown is a TV reality star on Alaskan Bush People, not a footballer. He is just a namesake to the renowned American footballer.

As for Noah Brown the footballer, he has done everything within his reach to keep his relationship records off the spotlight. As of now, it is assumed that he is single. In the meantime, we will keep our fingers crossed until he is ready to talk about his personal life. For now, his flourishing career is getting all the attention.

His football career kickstarted in his days at Pope John XXIII regional School in Sparta where he graduated from. Noah was doing well at the game until he had a major hit on his ribs which led to sitting on deck throughout the season.

The young footballer was a highly sought after prospect who received several offers from the likes of Notre Dame, Virginia Tech, Michigan State, Penn State, USC, and Pittsburgh. However, upon graduation from high school, Noah took interest in Ohio State University where he showed off his skills as a wide receiver, running back, and a kick returner. His dreams as a wide receiver while in college all got shattered as he sustained a leg injury and also broke his tibia and fibula, leading the wide receiver to be redshirted throughout the season as he needed to be operated on.

Following his surgery, Noah Brown recovered quickly and returned as a sophomore in 2016. He played in 13 games in which he recorded 402 yards, 7 touchdowns, and 32 receptions and was also ranked the second-best in the team. In his game against Oklahoma, he attained 5 passes for 72 yards and earned a school record for having 4 touchdowns in a game.

The footballer, being cocksure of his playing abilities, decided to forgo the remaining two years of his college career to enter the 2017 NFL Draft to the surprise of many analysts. This was because of his limited experience as a one-year starter, as well as his low draft projection.

He was among 58 college wide receivers that showed up at the NFL Scouting Combine in Indianapolis, Indiana. Noah Brown chose to just perform the three-cone drill, bench press, and short shuttle. For the bench press, Brown tied for second behind Shepherd’s Billy Brown who recorded a total of 23 reps. On the 23rd of March 2017, the football player attended Ohio State’s pro day, alongside, Gareon Conley, Marshon Lattimore, Curtis Samuel, Raekwon McMillan, and five other prospects.

He Was Drafted By The Dallas Cowboys 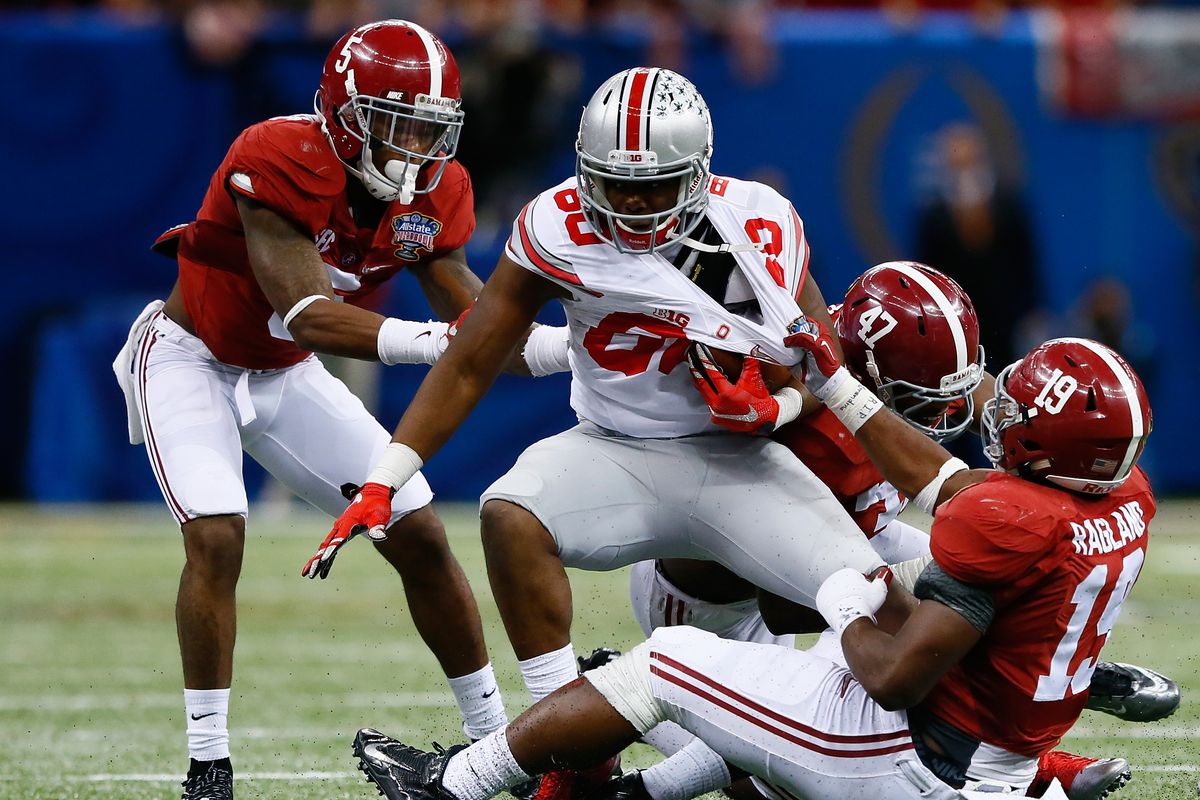 He was later picked by Dallas Cowboys in the 7th round of the NFL Draft as the 239th overall. This made him the second wide receiver selected by the Cowboys behind North Carolina’s Ryan Switzer. According to the owner of the Dallas Cowboys, they recruited Noah Brown because running back Ezekiel Elliott continually advocated for the guy, convincing them that he had a lot of talent to offer the team. Brown and Elliot were teammates at Ohio State.

On the 11th of May 2017, the rookie signed a four-year deal with the Dallas Cowboys worth $2.47 million in addition to a $71,938 signing bonus. After training camp where he was named the sixth wide receiver on the Cowboys’ depth chart by head coach Jason Garrett, Noah Brown made his professional regular-season debut in the team’s Week 2 42–17 loss to the Denver Broncos.

Brown recorded his first professional career stat in a 21-12 loss to the Seattle Seahawks. He finished his rookie season, recording 4 receptions for 33 receiving yards in addition to one start in 13 games. By 2018, the footballer was placed on injured reserve after missing the preseason with a hamstring injury. Noah Brown was later activated off the injured reserve on the 9th of November to the active roster. He was mostly used for his blocking abilities, making appearances in a total of 8 games with 2 starts, registering 5 receptions for 54 yards total. In 2019, he commenced training camp on the physically unable to perform list, as a result of an off-season left knee surgery.