167 Most Hilarious Jokes Ever 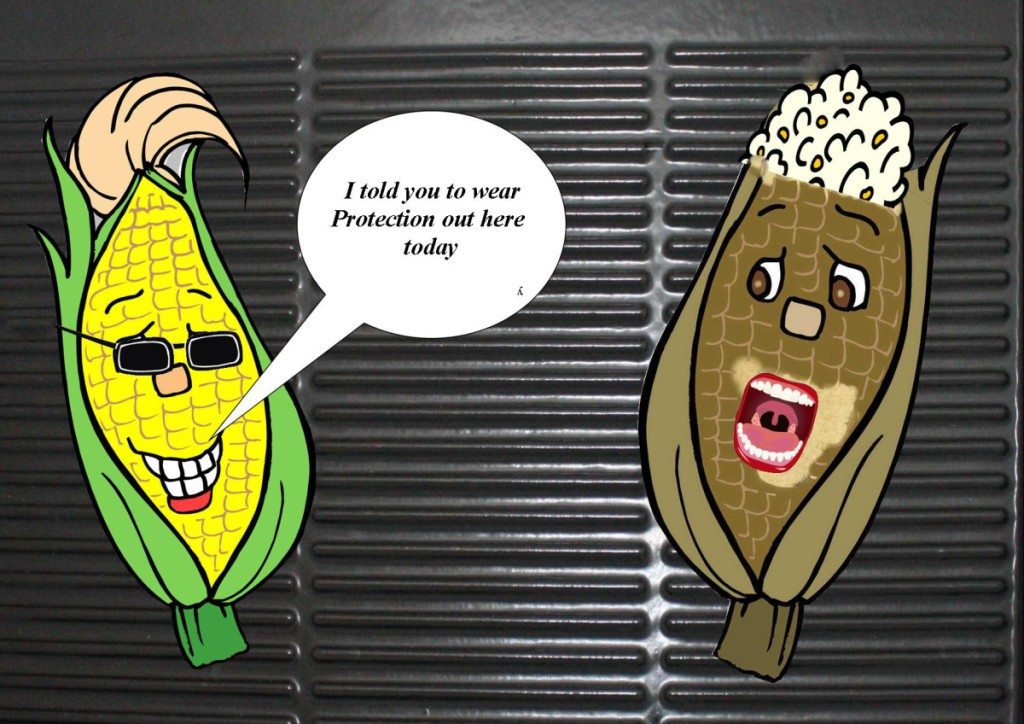 1. What do you call cheese that’s not yours? It’s nacho cheese.

2. What do you get when you put a candle in a suit of armour? A knight light.

3. Have you heard about corduroy pillows?! They’re making headlines!

4. Two drums and a cymbal fall off a cliff. Ba-dum Tish! 4. There were two peanuts walking down a dark alley, one was assaulted.

5. What do you call a cow with two legs? Lean beef.

8. What did the green grape say to the purple grape? BREATHE!

9. The past, present and future walk into a bar. It was tense.

11. What did the grape say when he was pinched? Nothing, he gave a little wine.

13. How do you make a tissue dance? You put a little boogie in it.

14. Why did the policeman smell bad? He was on duty.

15. Why does Snoop Dogg carry an umbrella? FO DRIZZLE!

16. Why can’t you hear a pterodactyl in the bathroom? Because it has a silent pee.

17. Why did the storm trooper buy an iphone? He couldn’t find the Droid he was looking for.

18. Why is six afraid of seven? Because seven ate nine.

20. What do you get when you cross an elephant and a rhino? Elephino!

21. What did the farmer say when he couldn’t find his tractor? “Where’s my Tractor?!”

22. Have you heard about the duck that was arrested for dealing? He was selling “quack”.

23. What did the little fish say when he swam into a wall? DAM!

24. Where does a sheep go for a haircut? To the baaaaa baaaaa shop!

25. What does a nosey pepper do? Gets jalapeno business!

26. What do you get when you throw a piano down a mine shaft? A flat miner.

27. Have you heard about the cannibal that passed his brother in the forest?

29. What did the Zen Buddist say to the hotdog vendor? Make me one with everything.

30. What kind of bees make milk instead of honey? Boobies.

31. Horse walks into a bar. Bartender says, “Why the long face?”

33. What’s the difference between a woman with PMS and a Pitt Bull? – Lipstick!

34. What do you call a sleepwalking nun… A roamin’ Catholic.

35. How do you make holy water? You boil the hell out of it.

37. Why did the orange stop? Because, it ran outta juice.

40. What’s the last thing that goes thru a bug’s mind as he hits the windshield? His butt.

41. I never make mistakes…I thought I did once; but I was wrong.

43. Why are pirates so mean? I don’t know, they just arrrrrrrrr!

44. Why was Tigger looking in the toilet? He was looking for Pooh!

46. Knock Knock Who’s there? Iran! Iran who? Iran over here to tell you this!

48. Knock Knock Who’s there? Daisy Daisy who? Daisy me rollin, they hatin

51. Knock knock Who’s there Gorilla Gorilla who Gorilla me a hamburger

52. Knock knock Who’s there Amish Amish Who? Awwww How sweet. I miss you too.

54. Knock Knock Who’s There? Ben Hur Ben Hur who? Ben Hur over and give it to her doggy style!

READ  100 Random Bible Verses For You

57. Knock Knock Who’s there? Doris! Doris who? Doris locked that’s why I am knocking!

60. Knock, Knock! Who’s There? Buster! Buster who? Buster Cherry! Is your daughter home?

61. Knock Knock Who’s there? Orange Orange who? Orange you going to answer the door?

63. Knock Knock Who’s there? Alex! Alex who? Alex the questions round here!

64. Knock Knock. Who’s there? Butch, Jimmy and Joe. Butch, Jimmy, and Joe Who? Butch your arms around me, Jimmy a kiss, and let’s Joe.

65. Knock Knock Who’s there? Urine Urine Who? URINEsecure don’t know what for

67. Knock Knock Who’s there? Old lady Old lady who? Wow I didn’t know you could yodel.

READ  100 Interesting Questions To Ask People Around You

68. Knock, Knock! Who’s there? Dumbbell. Dumbbell who? Dumbbell doesn’t work so I had to knock!

69. Q: Why was there thunder and lightning in the lab?
A: The scientists were brainstorming!

71. Q: What is the difference between a school teacher and a train?
A: The teacher says spit your gum out and the train says “chew chew chew”.

77. Q: How do crazy people go through the forest?
A: They take the psycho path.

79. Q: How do you make an Octupus laugh?
A: With ten-tickles

83. Q: What happened to the dog that swallowed a firefly?
A: It barked with de-light!

84. Q: What stays in the corner and travels all over the world?
A: A stamp.

88. Q: What do you call an alligator in a vest?
A: An Investigator

89. Q: What happens if you eat yeast and shoe polish?
A: Every morning you’ll rise and shine!

91. Q: What do prisoners use to call each other?
A: Cell phones.

93. Q: What washes up on very small beaches?
A: Microwaves!

94. Q: Why couldn’t the pirate play cards?
A: Because he was sitting on the deck!

95. Q: Why did the traffic light turn red?
A: You would too if you had to change in the middle of the street!

96. Q: What did one elevator say to the other elevator?
A: I think I’m coming down with something!

97. Q: What do you call someone who is afraid of Santa?
A: A Clausterphobic

98. Q: What sound do porcupines make when they kiss?
A: Ouch

99. Q: Why was the guy looking for fast food on his friend?
A: Because his friend said dinner is on me.

100. Q: What do you get when you cross a snowman with a vampire?
A: Frostbite.

103. For Sale: Parachute. Only used once, never opened.

104. Because those men already have boyfriends.

105. What’s the difference between a paycheck and a pen*s? You don’t have to beg your wife to blow your paycheck.

106. Love may be blind, but marriage is a real eye-opener.

107. Why did the bee get married? Because he found his honey.

108. What do you call a boomerang that doesn’t come back? A stick.

109. Why is the man who invests all your money called a broker?

110. A computer once beat me at chess, but it was no match for me at kickboxing.

READ  100 Interesting Questions To Ask People Around You

114. If at first, you don’t succeed, destroy all evidence that you tried.

116. You cannot taste me until you undress me – Banana

118. You cannot play with me unless you blow me – Balloon

119. Your moms like a bowling ball she gets picked up fingered thrown in the gutter and still comes back for more!

120. Yo mama so stupid, she tripped over a WIRELESS network!

121. Yo mama is so ugly that even Scooby Doo couldn’t solve that mystery.

122. Yo mamas like humpty dumpty first she gets humped then she gets dumped

123. Yo mama is like a hockey player, she only showers after three periods.

124. Yo mama’s like the Pillsbury dough boy…. everybody pokes her.

126. Yo Mama so ugly, even hello kitty said goodbye.

127. Yo momma’s so fat, she’s got more chins than a Hong Kong phonebook

128. Yo mama so fat, everytime she walks she does the harlem shake

129. Yo mama so old she knew Burger King while he was still a prince.

130. Yo mama’s mouth is so big that she speaks in surround sound.

131. Yo Mama So Fat she has mass whether the Higgs Boson exists or not.

132. Yo momma is so poor she created a gmail account just so she can eat the spam

133. Yo momma is poor when I sat on a skateboard she said (get of my family van)

134. Yo mama so stupid, her teacher told her to get out a pen and paper, and she got out a hen and raped her.

137. Yo mama so ugly she had to trick or treat over the phone

138. Yo mamas so fat she needs cheat codes for Wii Fit.

139. Yo mama so fat she has two watches one for each time zone she’s in.

140. Yo Mama’s so dirty, the roaches wrote her an eviction notice.

141. Yo mama so fat she sat on an iPad and turned it into a Flat Screen TV

142. Yo momma is so fat she sat on Walmart and lowered the prices

145. Q: If Mississippi bought Virginia a New Jersey, what would Delaware?
A: Idaho… Alaska!

149. Q: Did you hear about the shampoo shortage in Jamaica?
A: It’s dread-full.

154. Q: What do you call an alligator in a vest?
A: An Investigator

155. Q: What happens if you eat yeast and shoe polish?
A: Every morning you’ll rise and shine!

161. Q: Did you hear about the hungry clock?
A: It went back four seconds.

162. Q: What do you call a boy who finally stood up to the bullies?
A: An ambulance.

164. Q: What do you call an elephant that doesn’t matter?
A: An irrelephant.

165. Q: What do you call a computer floating in the ocean?
A: A Dell Rolling in the Deep.

Some of the biggest cities in South Africa are also are among the most popular and visited cities on the African continent. This is...
Read more

Every relationship has its own peculiarities in terms of challenges but being able to work through these challenges and remain together against all odds...
Read more

Cell C is a telecommunication company that has built a brand that speaks to the importance of the customer in the entire business model....
Read more
Communications

Packages on Telkom Contract Deals, Requirements For Application and How To Cancel a Contract

Conceptualized in 1990, Telkom has gone on to become one of the biggest companies in the South African telecommunication industry - also having its...
Read more
Communications

Getting to know the data, airtime, and SMS balance on your Vodacom line has never been easier. The service provider has made available various...
Read more
Communications

The need for customers to want a SIM swap or port from one mobile network to another can arise at any moment. For every...
Read more
Communications

If you're on the Vodacom mobile network, then you may have had cause to ask how you can buy Vodacom's internet data for surfing...
Read more
Communications

The Vodacom Please Call Me service comes in handy for customers that want to talk to someone urgently about an issue but, for some...
Read more
© AnswersAfrica.com 2021.
All rights reserved.