It lives 15 to 23 years and eats grass, and stays close to water to get their daily drink easily. They weigh approximately 1700 pounds with a huge head to support their huge horns and floppy ears. Lions, hyena and crocodile are their predators. They stay in a herd, with females, babies and a few males for protection and breeding.

It has large trunks that are versatile and strong when it comes to taking care of their daily needs. Tusks begin to grow at an early age which indicates how old each elephant is depending on the size of its tusks. They are able to push trees over to get to their favorite leaf food and eat a large amount of food every day to stay healthy. They stay in small groups instead of herds, and each group has its own bull for protection and breeding. It has a long nose just like the larger elephant. They are very small and hard to see. Their diet consists of nuts, fruit and seeds. Since they are so small they stay hidden away especially from snakes. Is a powerful animal that enjoys hunting at night and sleeping late in the morning. It is courageous and takes on other animals larger than they are. It blends in well with their surroundings with white and brown or black and red spots. They are agile, and able to run fast and jump high or far, and are able to leap up onto a tree branch with a kill and eat without being disturbed. It does not care to socialize, preferring instead to have one mate for life, and protect their family and home.

This animal eats meat and only the male lion has a mane. The mane can be the same colour as the body, or it can be black, red or creamy colour. It can go anywhere that it desires and has no off-limit areas. The family is sociable with the females and babies spending many hours together, while the male comes in periodically. They are very lazy but will run for a short distance to capture their food. 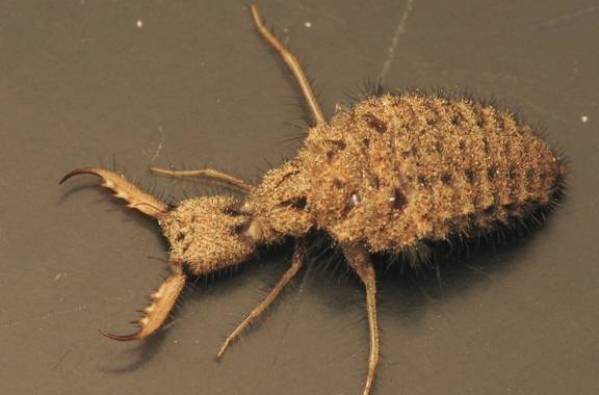 This particular animal spends their days digging in the sand and capturing smaller ants to eat. The ants are trapped inside the pointed part at the bottom part of the trap in the sand. It resembles a dragon-fly but is not able to fly and spends most of the time in the sand instead. There is a black one and a white one. The Black one will use their upper lips the way an elephant uses their trunk. They like to eat low branches and bushes and have one horn. They become angry quickly, run fast and charge at anyone, but mainly they like to be left alone. They have poor eyesight, but their hearing and sense of smell are great. The White Rhinoceros is very large, likes to eat grass and is comfortable in large social groups and has two horns.

African Civets are found in the forests of central and southern Africa as well as the savannahs most especially Mail, Niger and Chad. These group of weird African animals are rarely found in dry areas but places surrounding water as they are also endowed with the ability to swim very well. They are terrestrial nocturnal animals (that is why you have probably not seen them during the day). The typical African Civets are usually black with white to pale yellowish and grey spots, they have got short legs and pointed nose and can be easily mistaken for a weird spotted Hyena. They are elegant, alert, and have an S-shaped horn on top of their head. They often get their liquid from the vegetation they eat, and they are able to change their body temperature. Gazelle’s are fast runners who avoid predators by running as fast as they can, and the males are territorial, while the females roam around. The Warthog is a small animal which likes to stay in wet areas and eat grass and roots.It digs up its meal with its tusks. Predators include lions and leopards. Warthogs can live to 15 years.