Top 10 Tallest Mountains in the World It is true that if one is blessed enough to behold some of the world’s tallest mountains, it can be the most beautiful and majestic thing in the person’s life. The most surprising thing is that the top 10 tallest mountains in the world are all located in Asia. Also, each of the ten mountains has reached an altitude of over 8,000m in height. Below, you will be provided with the list of top 10 highest mountains in the world to help you know exactly where they are located, the exact height of the mountain and also the range of it. This is the tenth among the tallest mountains in the world. The mountain is located in central Nepal, Asia. It is estimated to be approximately 26,545 feet tall, that is 8,091 meters tall. Annapurna is actually a series of peaks and the highest of them is called the Annapurna. The peaks of this mountain are said to be one of the most dangerous in the whole world to climb. In fact, statistics from recent researches show that the mountain’s fatality rate is about 40%. The mountain ranges in the Himalaya. This is the worlds 9th tallest mountain. It is said to be approximately 26,660 ft, translating to about 8,126 meters in height. This mountain was commonly known as the killer mountain because it used to be incredibly dangerous to climb during almost half of the 20th century. In fact, most people lost their lives while trying to reach its summit at the time. However, it has become less dangerous to climb the mountain recently because of the increased safety measures that have been put in place. Nowadays, it is commonly known as Urdu, meaning the naked mountain. The mountain is located in Pakistan and although it is less dangerous to climb, it is still very difficult because of its immense and dramatic peak that rises above its surroundings. It ranges along the Himalaya. This is the world’s eighth tallest mountain. The name Manaslu means, the mountain of the spirit. It is estimated to stand at 26,759 ft, translating to about 8,156 meters high. The mountain is part of Nepalese Himalayan. This mountain is actually known for its long valley glaciers and ridges that normally approach from all directions and culminate into a steep peak that towers above the surrounding landscape. This is actually one of the most dominant features of this mountain and it can be viewed from a distance. This is the seventh tallest mountain in the world, approximated to be about 26,795 feet, translating to 8,167 meters tall. The mountain is located in the north of central Nepal. The name Dhaulagiri means White Mountain. The west and the south faces of this mountain both have massive drops. Each of them rises to over 4,000M from its base and because of this feature; it has been a site for epic climbs. This mountain alongside Annapurna has one of the most dramatic scenes than any other mountain in the world. The two mountains are separated by a valley and it is an amazing sight to see. Because of the aforementioned reason, this mountain was thought to be the highest in the world for about thirty years. This is world’s sixth highest mountain. It is estimated to be approximately 26,906 feet, that is 8,201 meters high. Just like other Himalayan mountains, it lies between China and Nepal (Tibet). When people were exploring the Himalayan mountains, they used it as a warm up mountain because it is one of the easiest to climb. 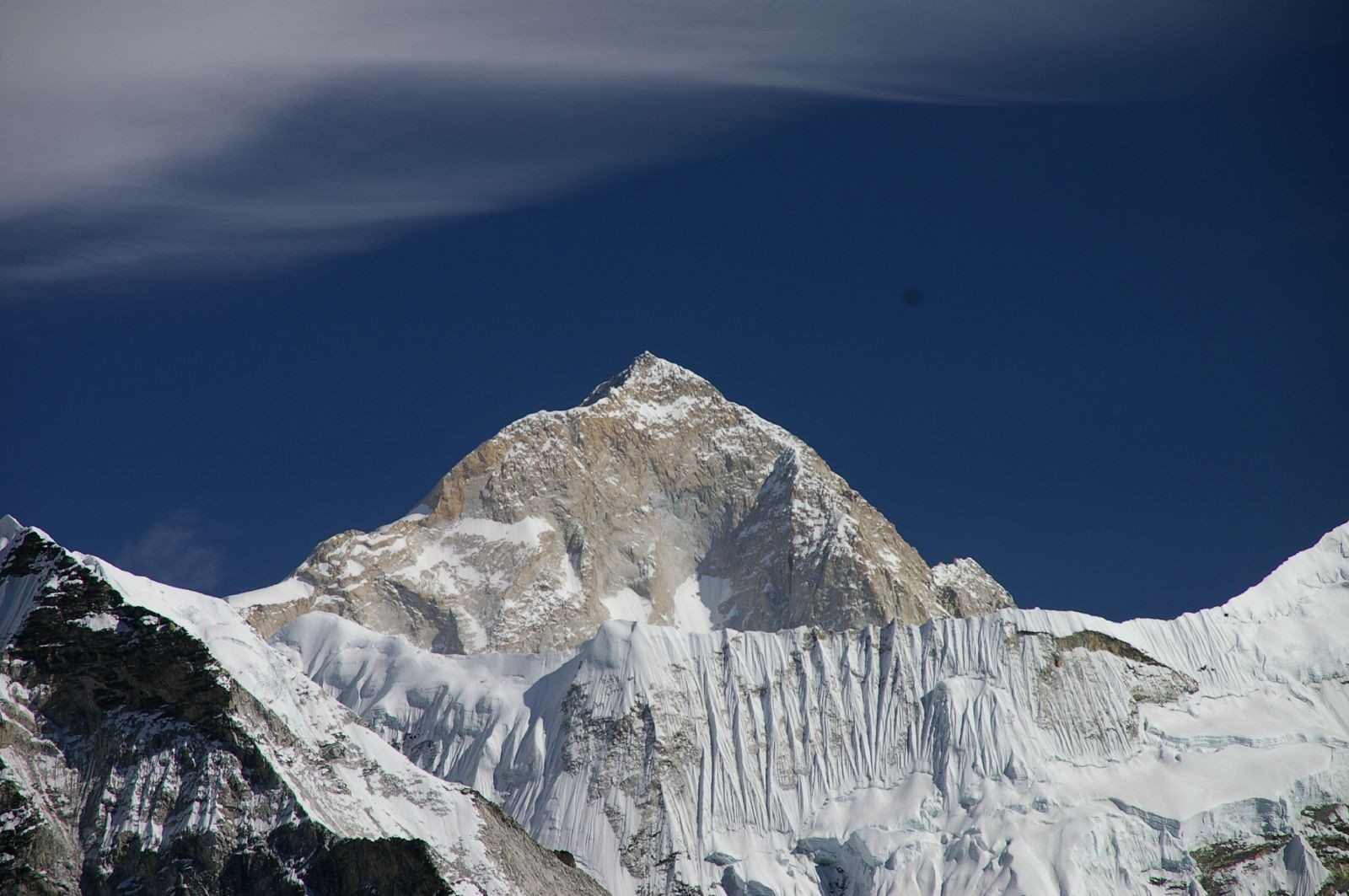 This is the fifth highest mountain in the world. It is located 14 miles east of Mount Everest. It is also located on the border of China and Nepal. This mountain has an amazing isolated peak of a four-sided pyramid with a unique shape. It is estimated to be 8,516M tall and it ranges in the Himalaya. This is the world’s fourth tallest mountain. Lhotse is also connected to Mount Everest at the south col. The mountain is located on the border of China and Nepal. Its highest peak is about 27,940 feet, that is 8,516 meters. This mountain is best known for its proximity to Mount Everest. It also has the horn of the steepest mountain face that is approximated to be about 1.4 * 1.98 miles in size. This is the world’s third tallest mountain. It is estimated to be about 28,169 feet, that is 8,586 meters. Its name Kanchenjunga means five treasures of the snow and each peak that the mountain has represents 5 repositories of God: holy books, grain, germs, gold and silver. Thus, Kirant religion considers this mountain as being sacred. It ranges in the Himalaya and it is located at the border of Nepal and India. It is located on the border between Pakistan and China. The second among the tallest mountains in the world, K2 is also part of the Himalayan mountain range. This mountain is more treacherous to climb as compared to Mount Everest. It is estimated to be approximately 28,251 feet translating to 8,611M. It has the highest rate of mortality. This is the tallest mountain in the whole world. It stands at about 29,029 feet, translating to 8,848 meters. This mountain is located at the border between Nepal, Sagarmatha zone and China. It is a part of the Himalayan mountain range. Despite being the highest, it’s one mountain which is easier to climb and has attracted many climbers from all over the world.