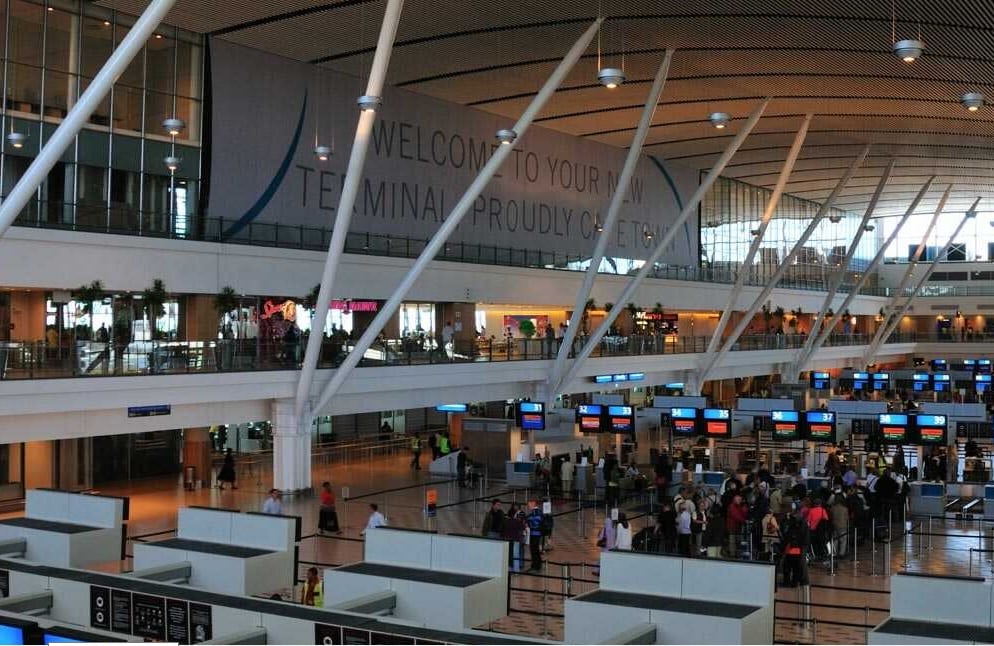 South Africa’s Cape Town International Airport has been ranked top among the best African international airports and an all-time favourite in Africa by a reputable Canadian travel and hospitality firm.

The Guide to Sleeping in Airports ran a survey in October 2017 to know the best international airport in Africa and Cape Town International Airport emerged top on the list again.

The result of the survey which was released showed that Africa’s travellers are in love with Cape Town International Airport for a number of interesting reasons which include:

According to the Guide to Sleeping in Airports, the Best airports in Africa stand out for being simple, tidy, and friendly. The same terminals tend to show up on this list year after year, with South African airports often leading the pack. These airports show that providing the basics – internet, good chairs, pleasant customer service, and simple layouts – is really all travellers need at the end of the day.

What makes an airport stand out cuts across the structure, effective operations, cleanliness, technological improvements and entertainment options.

And most African countries are putting in efforts to bring their airports up to the international standard.

For air travellers, the airport is the first place most legal foreigners see. That is where they begin to get their first impression of the country they are in.

To be mentioned as the top best international airport in Africa means that the airport offered flight passengers a travel experience to remember and look forward to.

From the result of the survey these are the top 10 best African international airports:

Cape Town International Airport has a well-secured position on this regional best airports list thanks to free Wi-Fi and its easy-to-navigate layout. The terminals themselves are reliably clean, and the staff are consistently friendly and helpful.

Couple that with a few pay-to-use lounges, a library, and a budget-friendly grocery store and you’ve got a fresh and modern airport that stands out amongst its peers.

Johannesburg O.R. Tambo International Airport is one of Africa’s more amenity-rich airports. Though the busiest in the continent, this clean and easy-to-navigate airport has plenty of shopping, dining, and lounge opportunities that will keep you entertained on a layover in this transit hub.

Should you find yourself with an overnight layover here, a few good, cushioned benches can be manoeuvred into a bed – and they happen to be located in an area that remains quiet overnight. Long lines and overall efficiency do grate on travellers, though hopefully, these will improve in the years to come.

King Shaka International Airport, located 35km north of Durban, opened in 2010 just before the country hosted the FIFA World Cup. Travellers praise the airport for its layout, with manageable walking distances and efficient travel processes. Amenities, including dining options, are somewhat limited, though what is here seems entirely adequate given the airport’s smaller size.

Once again, Kigali airport’s customer service helps earn its place on our best African international airports list. Every year, travellers remark on how helpful, friendly, and efficient staff are – in fact, their ability to make check-in and security a breeze is considered by some to be a bit of a continental anomaly. There were some traveller complaints that the terminal size should be enlarged – something that hopefully will be remedied with the new Bugesera airport. That terminal is slated to be completed in 2019.

The relatively new international airport in Mauritius has the basics of a good travel experience sorted. It is reliably clean, the staff are friendly, and there’s plenty of airside seating. There isn’t a ton in the way of dining or entertainment options. However, this isn’t exactly a transit hub, so you’re unlikely to spend more than a few hours here. Bring a book and perhaps a snack from your hotel, and you should be totally content waiting for your outbound flight.

Algiers International Airport is located 9.1 NM (16.9 km; 10.5 mi) east-southeast of the city of Algeria – Algiers. The airport also called Maison Blanche Airport offers you a cool and serene environment to relax while waiting for your flight.

Oujda Angads International Airport serves Oujda –  a city in the Oriental region in Morocco. It is located about 12 kilometres (7 mi) north of Oujda and about 600 kilometres (373 mi) northeast of Casablanca, near the Algerian border.

Despite being the seventh busiest airport in passenger traffic on the continent. NBO is a neat and comfortable atmosphere. JKIA was recently upgraded to meet international standard, and passengers are quite satisfied with its new look.

Located in Heliopolis, the northeast of the Cairo around 15 kilometres (9.3 mi) from the business area of the city, Cairo International Airport is the second busiest airport in Africa. The airport is built according to international specification and you sure have an unforgettable time before your flight kicks off.

NOTE: The ranking was strictly done based on travellers votes for the best African international airport.