South Africa is the mother of various Bantu speaking groups that have worked collectively into making their country what it is today. Below are some of the most famous South African tribes.

The Zulu of South Africa believe that they are descendants of a chief from the Congo region. They believe that everything happens for a reason; as a result of an evil sorcery or offending of the spirits. This is why they interact with the spirits for their god Nkulunkulu does not get involved with the daily aspects of the human life. The Zulu code of dressing is complex as a result of their shields. The work of the women is to cultivate the land while men take care of the cows.

The Xhosa is the second most popular South African tribe after the Zulu. The name means fierce or angry. It is divided into sub-groups known as the Bomvana, Mfengu, Mpondo, Bhaca, Xesbie, Thimbu and Mpondomise that uses the click sound. Nelson Mandela is a descendant of the Xhosa tribe. The men pride themselves with the amount of cattle they have as well as the number of Lobola (cattle) they paid to marry a woman. 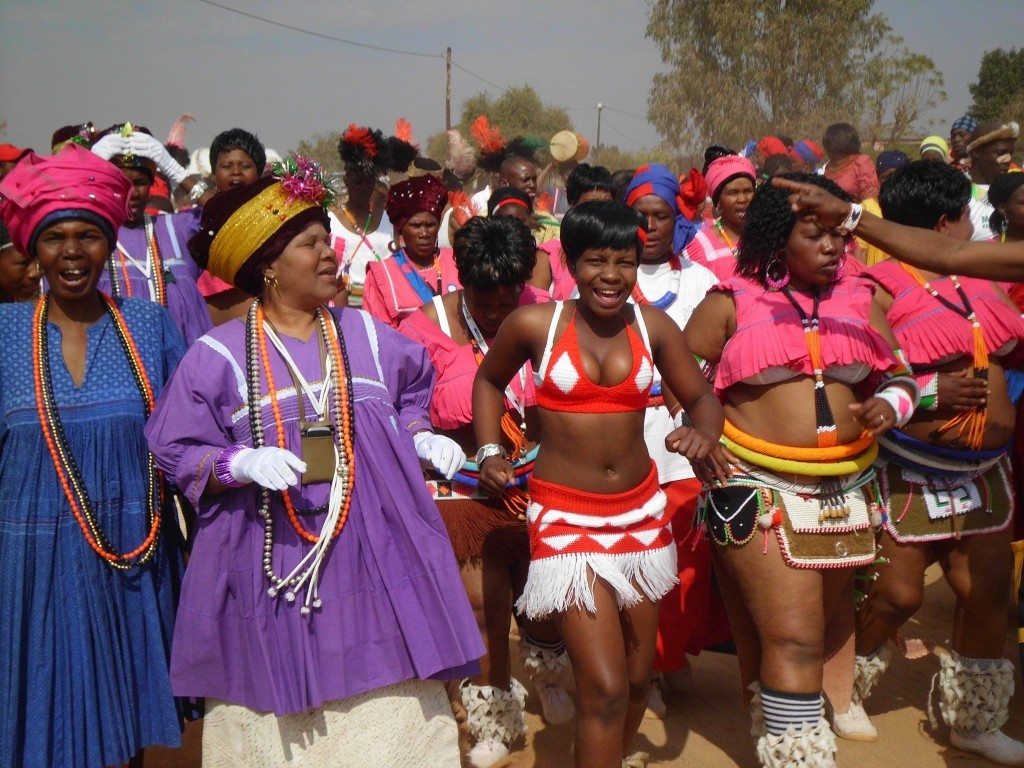 This South African tribe is divided into three which includes the Southern and Northern Sotho and the Tswana. A man’s status is always measured by how well he relates to the chief, his standing in the community and age. Women involve themselves in agriculture while the men herd livestock and are also artisans who use leather, wood and metal. They can be identified by the blankets with which they wrap themselves and their conical hats which represent their position, important moments and milestones of their family. This is a group highly distinguished by their legal system which includes a hierarchy of courts, mediations and harsh punishments for those found guilty. The Tswana are closely related to the Sotho due to their similarities in family life, social structure and political organization as well as belief in magic. The Pedi are known as the Northern Sotho speaking nation. They initiate boys at an early stage and girls were given initiation necklaces by their admirers to serve as a rite of passage. The teenage girls and women would wear their hair worked up in a circular matted cup and leave their breasts uncovered until the time of marriage to show respect.

They originated from the great lakes of central Africa which has a mix of other cultures such as the Sotho and Nguni. They practice male circumcision and forbids the consumption of pork. They worship their families’ ancestors and practice polygamy. Water bodies are important to the Vendas and as such, they hold many of them as sacred sites through which they interact with their ancestral spirits.

The Ndebele have similar authority structure to that of the Zulu and consists of residential units by each family known as an umuzi. The women in this society show their status by the use of various ornaments. Married women wear brass and copper rings around their neck, arms and legs as a symbol of faithfulness to their husbands.

In the Tsonga culture a village may be formed as a result of one family since a man was allowed to have many wives and children. They worship the Supreme Being Tilo and the men were naturally considered as the alpha.

This tribe is classified under the sub-group of the amaXhosa. It is a Xhosa speaking group of people who gave their name to Pondaland, the area that comprises the Northern Seaboard of the Eastern Cape Province.

The Swati also known as the Swazi is the only South African tribe that has maintained their unique identity to date. They wear colorful traditional dresses and are known for its patriarchal nature. Selecting the king for them is like selecting the next queen mother who dominates the kingdom. These people have retained their traditional beliefs in sorcery, witchcraft and traditional healing despite having accepted Christianity. They are known for their various traditional events, the unhlanga, incwala and the most exiting – the eight-day reed dance. The eight-day reed dance is majorly for the purpose of protecting the chastity of the single women and for praising their queen mother.