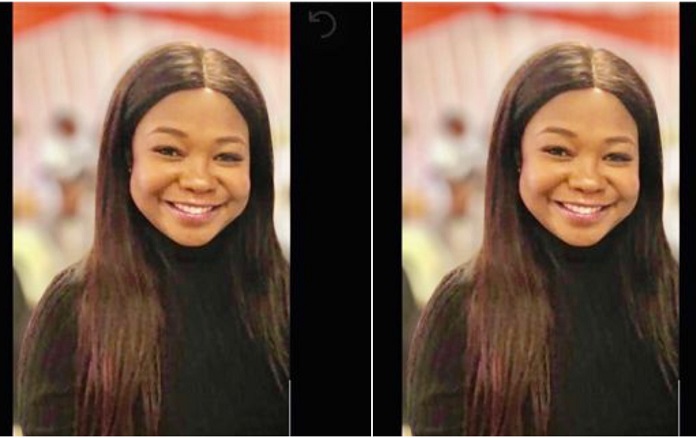 Palesa Thembekwayo is the celebrated wife of the visionary, Vusi Thembekwayo. She came into the limelight in 2009 when she got married to Vusi in what can be best described as a grand wedding ceremony.

More so, Palesa has teamed up with her beau to drive the notion that the future of Africa lies with the entrepreneurs and she has been actively participating in various endeavors targeted to help young African entrepreneurs.

How Old Is Palesa Thembekwayo?

The dedicated and beautiful wife of Vusi Thembekwayo has been quite frugal with details of her early life. Although there are no details about her childhood, her birth date is believed to be 4th July 1985 as her husband took to his Instagram page back in 2015 to celebrate her 30th birthday as of then. Also, facts about her educational background are unknown to the public likewise the identities of her parents and siblings.

Despite the limited information about Pamela’s early life, she has groomed herself over the years to be known as an entrepreneur. How she began and how she developed such skill and love towards entrepreneurship is also not yet public knowledge, but we know that she is an accomplished entrepreneur. She believes in motivating youths to be actively involved in the same line of business as she – entrepreneurship and boldly embark on start-ups, as early as possible.

Palesa and her husband, together in collaboration with several other investors, founded and established the ‘My Growth Fund’, an organization whose sole aim is to support young entrepreneurs to grow their businesses. They provide them with the adequate resources that include material, financial, and entrepreneurial advice needed to sustain and grow the start-ups to well-groomed businesses across various disciplines.

The marriage of the notable South African businessman to Palesa happened in 2009 when the pair tied the nuptial knot. However, like most parts of Palesa’s life, there are no details about how the couple began their relationship. For a good part of the years they have been together, it is evident that they have enjoyed marital bliss as Vusi took to social media where he described his wife as a compendium of beauty and brains and he cherishes the moments he spends with his family, which is often.

As of now, the celebrity couple’s marriage is blessed with 3 children – 2 boys and a girl. The first child goes by the name Vusumuzi Nathaniel Thembekwayo III and was born in November 2010. The couple’s daughter, Amahle Thembekwayo, who is 10 years old, was born on the 3rd of April, 2012. Their second son and last child came in 2017.

The report from the police read that Palesa and her husband had a big argument at their home, during which she stated that he assaulted her. This alleged assault was said to have happened on December 4, 2021, which incidentally was 10 days into the annual 16 Days of Activism Against Women and Children Abuse global campaign. She filed a case of common assault at the Douglasdale police station.

According to the statement, her husband got home on that fateful day and ordered her to pack her belongings in an aggressive manner which could only mean that he wanted her out of their home. Palesa refused to do his bidding and this resulted in him slapping her and dragging her down the stairs after grabbing some of her things which he tossed into a suitcase. He then forced her into his car and drove off angrily. When they got to the traffic lights near Crowthorne, just a few kilometers from their house, she made her way hastily out of the vehicle and ran away.

Vusi later handed himself over to the police at the Douglasdale police station after his wife filed a case. He was subsequently released on bail and appeared at the Randburg magistrate’s court on Wednesday on charges of assault. Mavela Masondo, a Gauteng provincial police spokesperson, confirmed his arrest at the station. The case was adjourned to 2022 and investigations are ongoing.

Vusi Thembekwayo in his defense claimed that he was not in the country on the said date that his wife accused him of assault which was on the 4th of December. His return to the country was on the 6th of December, from an international business trip and he met his wife, Palesa, drunk. He was highly disappointed and he asked her to leave their home, which she bluntly refused and this made him pack her bags and take her out of the house.  He also stated that he was aware of the substance abuse trouble that his wife was going through and as a loving husband, he tried to provide support and help for her.

As much as this statement was done in his defense, Vusi was exposing his wife’s battles, and this did not gain the praise of some people. It felt like he was trying to shift the focus of people away from the obvious case. Seeing that his wife has been admitted as an overdose patient severally in the hospital.

To further clear the air, the South African business mogul released a letter on his social media, stating that he was no fan or supporter of Gender-Based Violence, amongst other things. That he has always been an advocate of equality and his records should do the talking for him. More so, to date, his wife’s Instagram profile reads “Mother to the most fantastic 3 souls…Wife to the most incredible human”. So all we can do now is wait for the judge to decide what shall be the end of the businessman come March 2022 (the case has been adjourned till then).